London four-piece Telegram were responsible for one of the most exciting and scintillating debut singles of 2013, ‘Follow’.

‘Follow’ was an unrestrained savage blast of tripped-out psych-punk and the kraut-glam-psych enthusiasts are back with a follow-up ‘Rule Number One’. The pace and ferocity is upped considerably and the distortion pedals are certainly put through their paces. It’s brutal yet beautiful, as this intense psych-punk blitz is tempered by their subtle glam influences. Matt Saunders distinctive brogue aid his vocals, which ring in your ear above the scuzzy riffs and pounding drum-lines. Another phenomenal tune which effortlessly combine all their influences into something akin to falling through an endless, swirling technicolour vortex. Top stuff once again from Telegram.

You can download ‘Rule Number One’ below for FREE & you catch them in the flesh when they support Miles Kane in the Academy, Dublin on April 3rd.

We Cut Corners will release their second album Think Nothing on April 25th (May 12th in the UK) through Delphi and having already shared ‘YKK‘ and ‘Every Thief‘, ahead of the LPs release, we now have latest single, ‘Best Friend’.

The Dublin duo’s previous two tracks showcased both their quieter and more rocky dispositions, something of a blueprint set out by their debut album, Today I Realised I Could Go Home Backwards. ‘Best Friend’ is most certainly the latter. A short, sharp two minute blast of seething, sneery and raspy indie-rock. In fact, this is the most hostile and aggression fueled WCC have sounded, and things are nicely poised for the album’s release in April. They have also teamed up with Kijek/Adamski again for another wonderful animated video, the people responsible for their much praised ‘A Pirate’s Life’ video.

‘Best Friend’ is out now as a digital download and there’s plenty of shows planned for April and May too (check ’em here).

Doxy is the new name for Policy, a four-piece from Kilcoole, Co Wicklow, who featured on here with the release their self-titled debut EP last year.

Often a name change coincides with some sort of musical change of direction but with Doxy, apart from the name, added refinement and marginally less rough around the edges; it’s much the same as before, which is no bad thing by any stretch of the imagination. The re-brand has coincided with new EP, Shoulder High In Gibberish, which retains that ’80s British indie/post-punk inspired sound. Their latest EP, like it’s predecessor, is probably best summed up as a bit indie, a bit post-punk, a bit alternative rock and a bit rough around the edges; all filled with charm, catchy melodies and smart, attuned lyrics. Name changes aside, it’s great to hear from this foursome again, who are a welcome addition to any music collection regardless of the guise they choose to work under.

You can check out ‘Gibberish’ & ‘No Kissing’ below and if they are to your liking, you can head over to bandcamp, ‘name your price’ and download Shoulder High In Gibberish in it’s entirety.

It’s been a while since we’ve heard from Girl Band. The Dublin band had a relatively quiet 2013 but they’ve kicked off 2014 with Irish, UK and Eurosonic dates, and most importantly a new single.

‘Lawman’ is a real beast of a track. Over a sprawling six-minute industrial stomp of gut-wrenching and desolate post-punk rock, the ears a battered into submission with a fuzzed and filthy caustic cacophony of sound. The Dublin four piece have rarely been anything but exhilarating, in the flesh or on record, and ‘Lawman’ is in keeping with tradition. In short; this is a stunning tune and it’s good to have them back.

‘Lawman’, Girl Band’s first ever 7″, is released on January 10th via Any Other City Records on a limited run of 300 records. Turn up the volume and check it below.

High At Five popped up on the radar in the early part of 2013, impressing with their debut track ‘Soft Lad’. An initial post was put on hold with the promise of an EP which unfortunately never surfaced.

Alas, while checking in on the progress of these five young lads from North Wales, sadly it was discovered they have decided to part company and go their separate ways. While this may have all started to sound very obituary like, whatever the fate of the band, they were in the game long enough to share ‘Soft Lad’ with us. In short; it’s a top notch, spikey post-punk indie tune, lurching forward at a frantic pace and offset by some deep baritone style vocals. All in all a cracking tune. ‘Soft Lad’ would be a fitting tribute for any band to leave behind.

You can stream ‘Soft Lad’ below or download it for free from here. 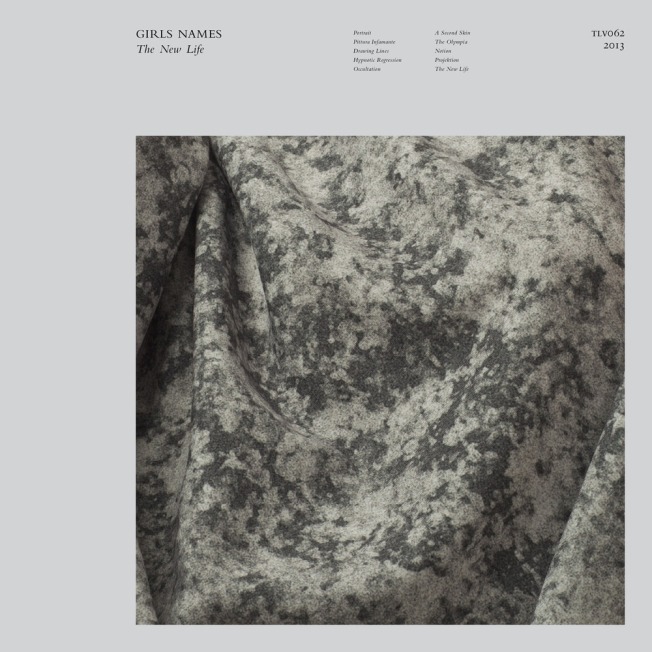 The ever knowledgeable Johnny Feeney has frequently featured on the blog throughout this year, popping up time and again to share his musical musings and words of wisdom with us all. So ahead of my own list of albums of the year, Johnny has kindly compiled his top ten albums from 2013.

Before I leave you in Johnny’s very capable hands, I’d like to thank him for this, and all the other posts during the year. He’s a top man. So, without further ado, here are his top ten albums of 2013.

Echoes, the Brooklyn electronic duo Creep’s second album, is a dark, atmospheric record laden with spectral, woozy trip-hop beats and are joined by lots of guest vocalists including Romy-Madeley Croft of the XX and trip-hop royalty in the form of Tricky.

Static is a tightly packed album of breezy, infectious indie rock with lo-fi production and errs on just the right side of sickly sweet. There are some incredibly catchy songs on here that can lodge in your head for days. Great stuff.

This debut album from the Loveless brothers, Eoin on guitar/vocals and Rory on drums, is a treat of primal, visceral blues rock. There are some great clattering drums and thundering power riffs throughout. Raw and raucous, this is an excellent rock album.

Ploughing a similar furrow to the XX, Nottingham trio London Grammar specialize in beautifully understated, minimal pop on their debut album. In Hannah Reid, they have a commanding vocal presence that lends a gorgeous intensity throughout. Some real gems on here.

END_OF_DOCUMENT_TOKEN_TO_BE_REPLACED

Boxed In is the new solo project of London based producer Oli Bayston, who along with the duo of Liam Hutton and Mark Nicholls, has teamed up with the Moshi Moshi Singles Club to release their debut 7” single ‘All Your Love Is Gone’/’Legacy’.

‘All You Love Is Gone’ has been on heavy rotation the past few weeks, and it’s such a massive, thriving and pulsating tune from start to finish. The bass here is phenomenal, which, underpinned by propulsive drums, sparse beats and urgent piano, drives everything along nicely as modulated guitars cut in and out at will, and topped with Bayston’s bleak, yet engaging and elegant vocals. Hopefully this is but the beginning and we don’t have long to wait too long for more from Bayston & Co. His track record to date suggests he’ll be a busy man either way, having played keys on both Willy Mason’s and Steve Mason’s most recent LPs.

‘All Your Love Is Gone’ & ’Legacy’ are below for your listening pleasure and the 7″ is out on November 25th through Moshi Moshi.