New tracks from Miles Kane are coming thick and fast as he gears up for the release of debut album Colour of the Trap in May.

As with Kane’s solo work to date, ‘Inhaler’ and ‘Come Closer’, the 60’s preys heavily on ‘Rearrange’. It is another sublime slice of 60’s inspired ladish rock with some added dance-able swagger. In fact, clad in a smart suit Kane resembles another well-known Liverpudlian, a young Paul McCartney.

As well as that, there is the fruit from a more unlikely combination with Skream who has remixed ‘Rearrange’.

Colour of the Trap is out on 9th May. 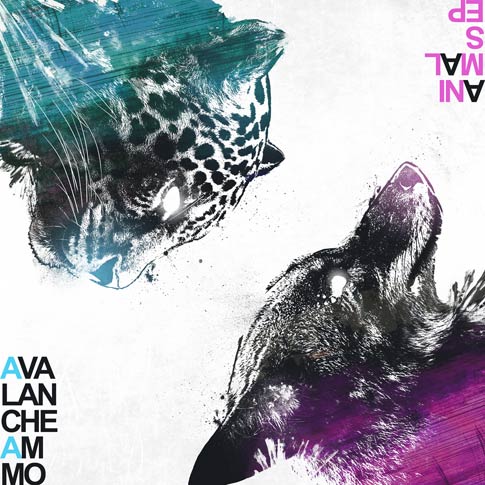 There seems to be a never-ending flow of great music emanating from Kildare but who’s complaining?

The latest, Avalanche Ammo, is the work of Anthony Boland who has released his debut EP Animals, in which each song is cleverly named after one. Animals is 4-tracks of lively melodic post-rock, tight riffs and samples; not to different to that of Adebisi Shank. Hard to believe so far this is the work of just one guy, yes one guy.

This is his debut release and it’s free to download via bandcamp. Keep an eye of out for some live shows in the future.

A wonderful live session from Johnny Flynn recorded for http://www.rocketfeedback.com, in conjunction with The Independent has been released as a free download.

The 5-tracks; ‘Churlish May’, ‘Lost and Found’, ‘Howl’, ‘Barnacled Warship’ and ‘Been Listening’ are all taken from last year’s heartwarming album, Been Listening. An excellent showcase of his superb songwriting and his heartwarming and sombre folk music.

Pop on over to www.johnny-flynn.com/theindependent where in return for an email, you will receive the download for free.

Margate’s Two Wounded Birds are set to release a new single ‘All We Wanna Do’ on Moshi Moshi next month.

They will be hoping to keep up the momentum from last years Keep Dreaming Baby EP. ‘All We Wanna Do’ confirms their enthusiasm for catchy, energetic surf-inspired indie-pop but, clocking in at just 1.51 ‘ it’s a little on the ‘short’ side.

‘All We Wanna Do’ is released on limited edition 7″ vinyl/download on April 18th via Moshi Moshi.

‘Haunting at 1300 McKinley’ is the latest single to be taken from Texan band The Black Angels‘ third album, Phosphene Dream.

There is something about solid bluesy rock riffs that just hits the spot. Add a dash grinding garage-rock riffs, some swirly psychedelia and bang.

Like The Black Keys or Soledad Brothers? This is for you.

French electro artist SebastiAn already has a formidable remix rep but his long-awaited debut album has been announced for release in May.

The first single ‘Embody’ has a sumptuous twisted disco vibe to it and is our first glimpse at what to expect in May. It has a lot in common with Justice or more recent Cassius material, nice if a little surprising.

Total is definitely an album to keep an eye out for this summer, if he manages to replicate the guile of his remixes (like ‘Killing In The Name Of’ after the jump) we should be in for a treat indeed.

Embody is out on April 4th w/ remixes from Kavinsky and DJ Premier and Total is out on Ed Banger in May.

Remember this one? Oh yes!

Mp3: Rage Against The Machine – Killing in the Name Of (SebastiAn Remix) via Red Threat

Justice & MSTRKRFT monopolised journo’s & bloggers attention over the past week or so with their announced returns. Amongst all this furore came also the return of Zombie Nation (AKA Florian Senfter) with Chickflick, his first release of 2011.

‘Chickflick’ is a frenetic whirlwind of bleeps, squelches, synths and kickdrums, just the unique blend of techno/electro we’ve come to expect from Zombie Nation. It is causing palputations at the very thought of hearing this played live, this one should have dance floors hopping throughout the summer months.

Chickflick is out now w/ remixes from Boris Dlugosch and Siriusmo, the later adds a wee bit more fun and bounce with his thumping remix.

Newbridge wunderkind Jack Colleran Aka MOTHS has returned and continues to astound.

Following on from ‘<3 ‘, ‘Slow/down’, ‘Blisters’ he has dropped the aptly titled ‘Summer’, a stunning track; beautiful, tranquil and uplifting. This is the perfect soundtrack for kicking back in the sunshine, staring into the blue sky above and pondering all the world has to offer.

The clocks went forward last night so we are ‘officially’ in summertime mode now, longer evenings and all that but more importantly MOTHS continues to grow with each release, really excited to see what’s in store. 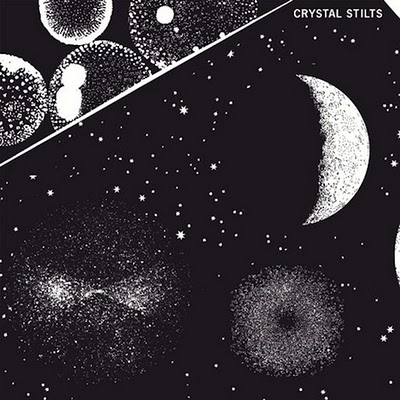 Brooklyn quartet Crystal Stilts, were at the forefront of what has become a lo-fi garage rock revival when they released Alight of Night back in ’09. That record resembled a cocktail of The Bees crossed with Joy Division or The Wedding Present, but what of now?

The intervening years have done them no harm at all, returning with ‘Through The Floor’, our first glimpse at what expect from their second album, In Love With Oblivion, out this April.

Give ‘Through The Floor’ as spin below or download it via RCRDLBL here.

Crystal Stilts – Through The Floor

Friendly Fires are back, new album, Pala, set to be released on May 13th, follows up their eponymous 2008 debut.

The first single to be taken from the LP, ‘Live Those Days Tonight’ was premiered on Zane Lowe earlier in the week. Judging by this, the band is fully embracing their dance music Id – perfecting their brand of funky, disco indie and smothering it with more feel-good dance inducing vibes.

If you liked ‘Jump in the Pool’, ‘Paris’ et al, you will love this. It is sure to spark some serious shape throwing at this summer’s festivals.

Imploded View is the moniker of Longford based beatmaker Jerome McCormick. It is a new side project from the former Kildare native who takes a breather from his work as Garden Hall to pursue a more ‘experimental’ approach.

An Exploded Few is very much an after hours record which over 6-tracks is an exciting blend of experimental electronic music. It whisks you on a vast expansive journey through effervescent and ambient soundscapes arrived at via a whole manner of retro synths and 1/4 inch Reel-to-Reel tape machine.

It’s super chilled all the way through from the crunchy beats and ambiance of ‘First One Home’ to the synthy and reel-to-reel wobbles of ‘Scuba Diving’, it never fails to set the mood. Meanwhile the spectacular trio of ‘Through Those Oceans’, ‘Dark Is The Light’ and ‘Across The Snow’ wouldn’t be out-of-place in the company of Röyksopp‘s introverted latest album, Senior.

An Exploded View is out now via not-for-profit net label Fwonk*for free here. 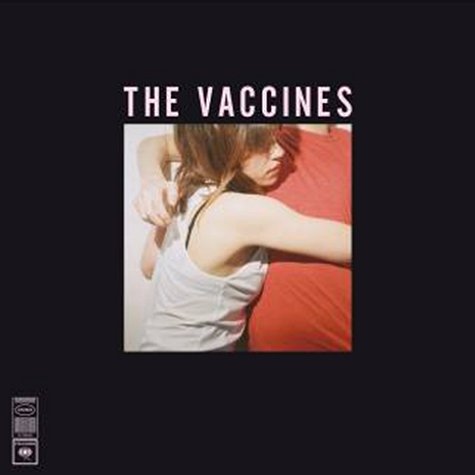 So far in 2011 London 4-piece The Vaccines have been hyped and ridiculed in equal measure. Ignoring the jibes about their apparently privileged backgrounds and being cast as guitar music’s great saviors, how does their debut record fare?

What Did You Expect From The Vaccines‘ is more than a ‘guilty pleasure’. It’s one of those albums that pop up every now and again which manage to blur the lines between the alternative and mass appeal; Franz Ferdinand, Bloc Party, The View et al.

The record flirts between two nuances; the atmospheric broodiness of Glassvegas and up-tempo bursts of 3-chord-garage-indie-rock. Opener ‘Wreckin Bar’ is an 84-second salvo of raucous fun and short sharp bash-em-out’s ‘Wolfpack’ and ‘Norgaard’ continue this lively trend.

The later epitomizes one of the records weaknesses, lyrics. It lacks a certain substantiveness, preferring issues of youthful insecurities and affairs of the heart a la ‘If You Wanna’ or ‘Post Break Up Sex’, both of which bona fide festival sing-a-longs certs. This flaw can be pushed to one side, after all it is this youthful expression, naivety and energy which is the lynchpin for which the all this albums hangs.

Is it groundbreaking or original? No, not at all but it is fun, endearing and charming single-a-long guitar antics. You know what? Sometimes that is enough.

The Vaccines – Blow It Up