Gruff Rhys is back with a new album, American Interior, and will be accompanied by a book, documentary film and app for a “multisensory experience telling the incredible true story of John Evans”.

The Super Furries frontman’s latest record is inspired by the unusual journey of 18th century explorer John Evans, a young farmhand from Snowdonia who traveled through lands that would eventually become part of today’s USA, in search of a Welsh-speaking Native American tribe called The Madogwys living there. Lead single and title track from the upcoming LP, ‘American Interior’ reminds us how captivating a storyteller Rhys is, who wistfully spins a narrative of being carried through new worlds and visions amid the luscious and beautiful instrumentation. The song suggests that beyond all the chatter about multimedia extravaganza – an exciting album’s worth of new material is on the horizon.

American Interior is released via Turnstile on 5th May – check out the title track for yourself below.

Yesterday the Manic Street Preachers unveiled the title track from new album Rewind The Film, which comes out in September.

The album is one of two the band have apparently been working on simultaneously; one gentle acoustic and one spiky, with lots of guitars. Based on the evidence of ‘Rewind The Film’, we’re getting the acoustic one first. The Welsh rockers sound like their in a more reflective mood on this occasion, with Richard Hawley trading vocals with James Dean Bradfield. Hawley lends more than his voice to this brooding and cinematic number. Opening with delicately plucked guitar and the whisper of violins, it has his mark stamped all over it, before Dean Bradfield enters the fray with his impassioned vocals. A rather stirring lament which bodes well for the forthcoming new record.

News of new Manics’ material also provides the perfect opportunity to share this little gem, which the band gave away recently. It’s another collaboration of sorts, with Gruff Rhys teaming up with The Manics for a rendition of ‘Let Robeson Sing’ at the O2. It’s slightly off the point but sure what’s not to like about Gruff Rhys teaming up with The Manics? Consequently (and controversially I’m sure) ‘Let Robeson Sing’ is taken from my favourite Manics’ album, Know Your Enemy.

You can check out the tracks below. The Manic’s will play Dublin’s Olympia Theatre on September 20th, days after the release of the album on September 16th. 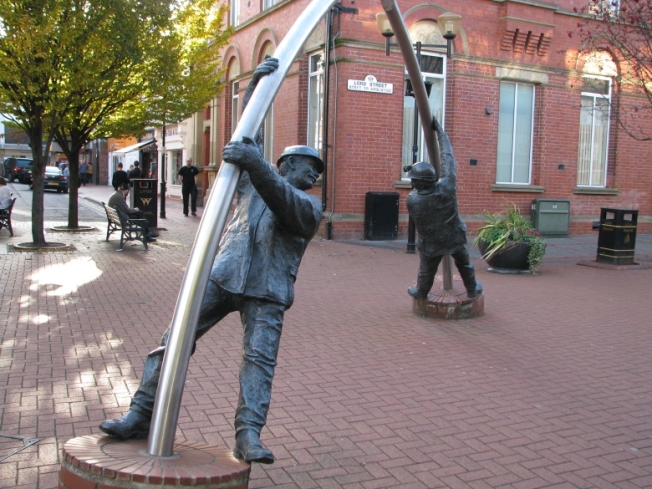 This is a quite odd post even by my standards. This day ten years ago I upped sticks and moved to Wales, Wrexham to be precise, which explains all the Wrexham related tweets for anyone who follows me on Twitter.

Although I’m back in Ireland a few years now, it was one of my smarter moves & I retain a fondness for Wales as a country and the music it produces (although I don’t get over half as much as I’d like these days). Welsh music features quite prominently on the blog, something regular visitors are probably aware of. Apart from anything else it got me thinking and I decided to knock together a mixtape/compilation of some Welsh favourites from the past few years, with one or two older tracks thrown in for good measure.

So, without further waffling, here it is, some mighty fine weekend listening. Diolch. Mwynhewch.

END_OF_DOCUMENT_TOKEN_TO_BE_REPLACED 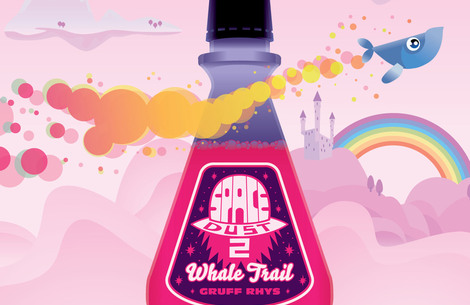 The former comes from his superb album, Hotel Shampoo while the later, ‘Whale Trail’, is accompanied by an iPhone game of the same name with Gruff also providing the voiceover, in Welsh. The track is a delicate number, opening with softly strummed guitars before a mixture of playful synths and computer game noises whisk you away. Rhys continues to astound with his output and eccentricity, long may he continue.

The double a-side single and Whale Trail game will be released on October 20th and you can catch Gruff live when he plays The Academy, Dublin this Monday October 3rd. 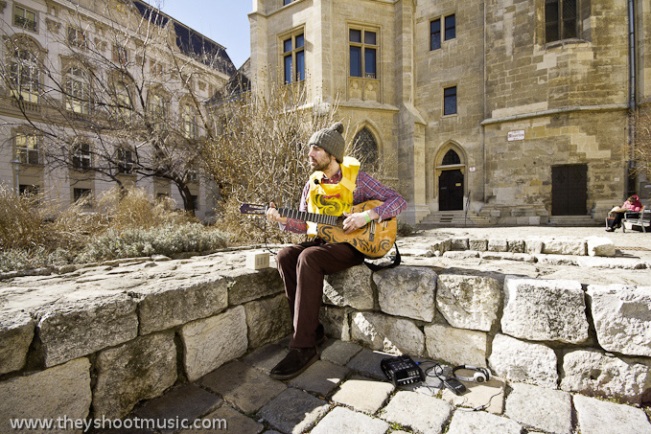 If you’re already a fan of Gruff Rhys then you’ve probably picked up his wonderful latest solo album Hotel Shampoo, you’ve heard the heartwarming ‘Shark Ridden Waters’ and ‘If We Were Words (We Would Rhyme)’. If not, no need to worry, there is plenty of time to.

While in Vienna earlier in the year the Super Furry Animals frontman met up with They Shoot Music to film an intimate session. On one of the first sunny days in early spring Gruff played beautiful acoustic versions of ‘Shark Ridden Waters’ on the picturesque Minoritenplatz and ‘If We Were Words (We Would Rhyme)’ in a Viennese park.

Gruff truly is one of the most talented and eccentric musicians in the world today (who carries around a life jacket?). It his embracing of these oddities which make his music warm, charming and touching.